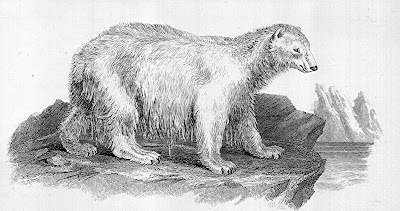 
Georg Wilhem Steller (1709-1746) was a German naturalist and explorer who took part in Vitus Bering’s Second Kamchatka Expedition to Russia’s Far East during the early 1740s, and whose greatest contribution to science was the discovery and description of several major new species of animal while the expedition was shipwrecked on Bering Island. These included a new jay, eider duck, sea eagle, sea-lion, and, most famously, a gigantic sirenian, Steller’s sea-cow Hydrodamalis gigas, which, tragically, was hunted into extinction within the next three decades, though there have been some intriguing modern-day reports of unidentified sea beasts resembling this extraordinary species (click here).

Steller also documented three very puzzling creatures whose identities remain unknown to this day. One was an extraordinary sea mammal variously likened to a seal or even a merman, which has been dubbed Steller’s sea-monkey or sea-ape and was documented by me in my book Mysteries of Planet Earth (1999), excerpted here on ShukerNature. The second was a bird, Steller’s sea-raven, which I have chronicled in various articles and also here on ShukerNature. As far as I am aware, however, the third member of this mystifying trio is scarcely even remembered nowadays, has not previously been reported by me, and is known as Steller’s sea-bear.

Steller recorded it as follows in his book De Bestiis Marinis [Beasts of the Sea] (1751):

"Report, as I gather from the account of the people, has declared that the sea-bear, as it is called by the Rutheni and other people is different. They say it is an amphibious sea beast very like a bear, but very fierce, both on land and in the water. They told likewise, that in the year 1736 it had overturned a boat and torn two men to pieces; that they were very much alarmed when they heard the sound of its voice, which was like the growl of a bear, and that they fled from their chase of the otter and seals on the sea and hastened back to land. They say that it is covered with white fur; that it lives near the Kuril Islands, and is more numerous toward Japan; that here it is seldom seen. I myself do not know how far to believe this report, for no one has ever seen one, either slain or cast up dead upon the shore."

Needless to say, this description readily calls to mind the polar bear Ursus maritimus – but there is one major problem when attempting to reconcile Steller’s sea-bear with the latter species. There is no confirmed record of the polar bear ever having been found anywhere near as far south as the Kuril Islands, let alone towards those of Japan.

Could it be, as suggested back in 2002 by Steller scholar Chris Orrick, that reports of polar bears seen further north (this species was already well known in Steller’s time) had somehow become confused with those of fur seals, which are not white but are often loosely if inaccurately dubbed ‘sea-bears’ and are indeed found around the Kurils and Japan? As for his treating the very existence of the sea-bear with suspicion, perhaps Steller was not aware of the polar bear’s marine behaviour, mistakenly assuming that it was exclusively terrestrial