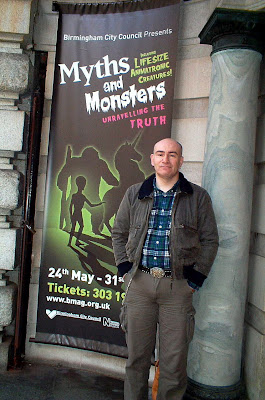 Today, 20 January 2011, is the second anniversary of the launching of my ShukerNature blog, so it seemed an appropriate time to make what I hope will be for many of you an exciting announcement. After recently receiving a number of requests, enquiries, and affirmations of interest in such a publication, I’ve decided to prepare a ShukerNature compilation volume, containing a sizeable selection of my blog’s most popular and unusual posts, and as many as possible of the original illustrations that have accompanied them.

Moreover, as my blog posts would not be complete without the numerous fascinating and fact-filled comments that so many of you have kindly posted here in response to them, I would also like to include a selection of these in my ShukerNature book. Consequently, I’d like to take this opportunity to ask whether anyone who has contributed comments would have any objection to my including them in my book. All such comments that I do decide to use will be inserted directly after the respective posts re which they were originally submitted, just as they are here on the blog; and apart from minor correcting of typing/spelling errors, they will not be edited in any way but will appear exactly as they do here.

As I am hoping to see the ShukerNature book in print by the end of this year, if there is indeed anyone who for any reason whatsoever would prefer for their comments not to be considered for inclusion, please contact me asap - ideally, before the end of this month, January 2011 - so that I can act accordingly in response to your wishes. Thanks very much!

And yes, in response to a number of queries, my blog’s title, ShukerNature, was indeed inspired by the late Lyall Watson’s classic bestselling book, Supernature: The Natural History of the Supernatural (1973). In fact, I believe that it was the CFZ’s very own Oll Lewis who first suggested it – thanks, Oll! And who knows – I might even incorporate my own unique version of that book’s iconic front cover image (see photograph below) – a flowering plant growing out of a chicken’s egg – on the front cover of ShukerNature: The Book!

Meanwhile, I wish to offer a massive, sincere vote of thanks to all of you for reading and supporting this blog during these first two years – without your enthusiasm and interest, it could not have survived – and I now look forward to sharing many more cryptozoological secrets and surprises, as well celebrating many more ShukerNature anniversaries, with you in the years to come! 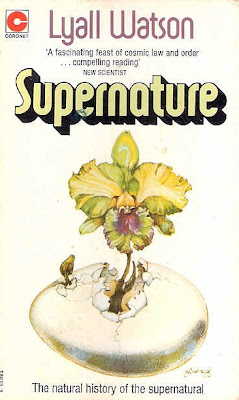