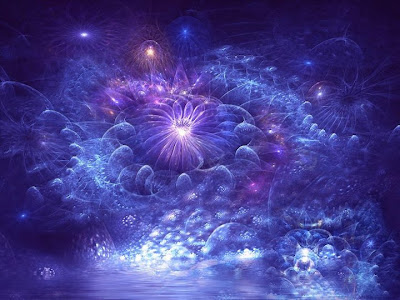 In an earlier ShukerNature blog post (click here), I documented one of my favourite if very radical theories appertaining to mystery creatures. Namely, that some UFOs may actually be living entities – i.e. highly-specialised, undiscovered species of atmosphere-inhabiting sky beast, adapted for an exclusively airborne existence in a vast rarefied realm in the uppermost reaches of our planet where, very oddly in terms of evolutionary diversity, no species endemic to it have ever been formally disclosed.

After he read that blog post, I was contacted on 24 July 2012 by Facebook friend Chris Bond from Sheffield in South Yorkshire, England, who revealed to me that he had personally observed some anomalous aerial phenomena that he could not explain, but whose activity seemed somewhat reminiscent of living organisms. Chris sent me a detailed account of his sightings, together with an illustration of one of them, and has very kindly permitted me to chronicle them here as a follow-up to my previous ShukerNature sky beast article. 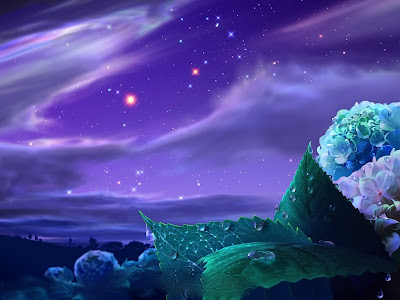 "The first relevant one that I remember took place in Mount Ambrose in Cornwall in maybe 1991. I used to stand outside my grandparents bungalow smoking roll-ups and, as the sky is relatively clear there, I used to watch the satellites pass overhead. One of these "satellites" was very strange. It looked like a regular satellite or medium magnitude star, but I can only describe its movement as how I would imagine a nautilus moves at speed or some other marine animal. The object would instantly brighten and shoot forward some distance, then dim as it slowed down until it was no longer visible. Then it would repeat the process, moving across the sky in bursts of energy. At the time it reminded me of some sort of marine animal propelling itself by shooting water out through its shell, in pulses, from some vague memory of footage of something similar seen many years before."

Sighting #2 was no less intriguing:

"The second was even stranger. One spring morning in 1992, at around 4 am, I was walking home from my brother's in Plymouth and there's a spot by Patna Place where the ground drops and, over a wall, you can see most of Plymouth Sound below. I noticed in the distance what looked like a very bright star, but this one was bright red. After some minutes, and as it grew closer, I began to see the actual shape of the object. I can only describe it as like a massive glowing red seagull. The wings didn't flap; it glided, silently, and the air all around it glowed red. It's difficult to gauge the actual size, but it gave the impression of being very large; passenger jet or larger, but with a very organic shape, just like a seagull. I watched it cross the whole sky over Plymouth Sound, maybe 10-15 minutes in total. I checked for others who might have seen it, but nothing. Any fishermen out on the Sound at the time were no doubt scanning the deep for Morgawr."

Chris's third sighting, which is certainly the strangest of them all, inspired him to prepare this drawing. He states that it accurately portrays the movement and arrangement of the objects that he witnessed, but he has transferred the setting from Plymouth to Cornwall (hence Chun Quoit) for artistic regions. 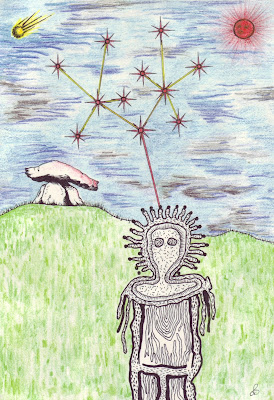 Here is his description of this sighting:

"The third is, to me, the most profoundly curious of the lot. I always got the feeling that it was some kind of message, but have never yet fathomed the meaning; maybe something to do with cell division. This too was in Plymouth, at 12:25am on 4 April 1996, at the back of my flat on Allendale Road. I wrote it down immediately so as not to forget anything. It was a particularly good night for astronomy. Very clear! There was a total lunar eclipse at that very time; the moon was bright orange-red. The comet Hyakutake was also visible, though hidden to me at that point due to my house being in the way. I was studying the eclipse when I caught an incredibly bright star in the corner of my eye, slowly rising up from the horizon; again it was bright red. Initially, I thought that the colour may have due to the eclipse, but soon realised that it was way too bright, and that the moon would in no way affect the colour of a star some distance away in the sky. My attention turned to the star. When it had reached a point roughly 45 degrees up from the horizon it suddenly stopped dead and for a few seconds it just sat there, brightly twinkling. Then, it suddenly "exploded" into two, of equal size and magnitude to the first. These two stopped a short distance away from each other. The two then repeated the division, forming 4; then again, to form 8. They were by this point arranged in a formation which reminded me of Cassiopeia, but a bit larger. The objects stayed there for a few seconds, then suddenly shot off towards the opposite horizon at breakneck speed; keeping the Cassiopeia-like formation the whole way, until they disappeared in the direction of Cornwall. After they disappeared I looked down at a cat which was sat a few feet away from me; it was still looking up at the sky. The whole episode was completely silent and I can only describe the objects and their movement as unearthly, and very beautiful. The Red Arrows performed over Plymouth a few days later, and they looked like slugs in the sky in comparison. There were no clouds and I'm certain that they weren't lasers. There is nothing that I could even vaguely compare to them. I saw a close friend the next day and before I'd had a chance to say anything he informed me that he'd seen UFOs "dancing" around the comet the night before. I read reports in UFO Magazine a month or two later that similar objects had been seen over Dorset that night, about an hour before my sighting; and therefore just prior to the eclipse."

Chris also mentioned a fourth sighting, which he made while in the company of a friend, and which, though seemingly less allied to the sky beast category of UFO sightings than the previous three, is worth including here if only because Chris feels that all four observations may be in some way connected, in spite of their morphological disparity:

"The last is probably less relevant to your blog post, so I will be brief. About 3 years ago now, at Beacon near Camborne in Cornwall, a friend was giving me a lift in his car. As we were pulling up to his drive he pointed out an object moving in the sky, at maybe 100m above the rooftops. It appeared to me like an upturned black dustbin, and of about the same size, and was rotating on an axial tilt of about the same as the earth at roughly one rotation per second, maybe slightly slower. It was moving through the sky at a fairly slow pace, but seemed effortless and mechanical, but very precise. It did not deviate in its trajectory whatsoever and did not seem affected by breezes. Its movement reminded me of a drone or radio controlled vehicle. It disappeared towards Redruth, the view obscured by the houses. My friend...had never seen anything similar in his life, although he did once witness a large black cat cross the road at Newbridge near Penzance.

"I feel that the first two of these sightings may interest you in regard to your blog post. The second two, maybe less so, but to me the four seem related, but that might just be my mind trying to make some sense of experiences for which I have very little explanation."

What an interesting series of reports, of which the second and third were particularly intriguing to me. I've read about UFOs splitting into twos or other multiples, almost like celestial cellular division! And who knows - if these really were sky beasts, that is precisely what may have been occurring. The 'seagull' sighting is also reminiscent of others in this genre - the organic 'feel' to the object has been reported many times. Indeed, the company of nine 'flying saucers' famously sighted on 24 June 1947 by private pilot Kenneth Arnold as they flew at supersonic speeds past Mount Rainier in Washington State, USA, were subsequently likened by him to space jellyfishes. I'm not sure what to make of sighting #1 - I can understand what Chris meant when he referred to its motion, but it's rather different from other putative living UFOs that I've read about. 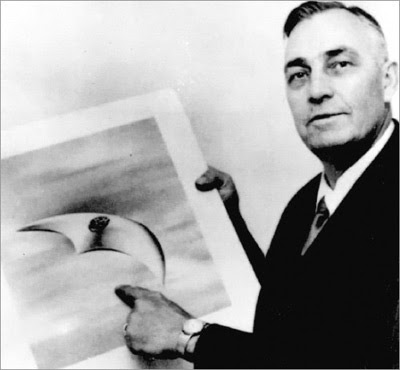 Photograph of Kenneth Arnold with a drawing of one of the nine objects sighted by him on 24 June 1947 (http://podcastufo.com/blog/kenneth-arnold/)

Having said that, I freely confess that I am certainly no expert in ufology – which is where, gentle readers, you come in. Chris has mentioned to me that Sighting #3 was reported to PUFORG, who printed a report at the time, and a short version of the same was published in UFO Magazine some months later, but otherwise this is the first time that the details presented here have been made public. Consequently, if you can add any suggestions, opinions, or additional information regarding the phenomena sighted and reported by Chris, we'd both be very pleased to receive them here. 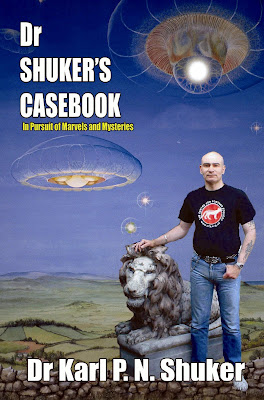