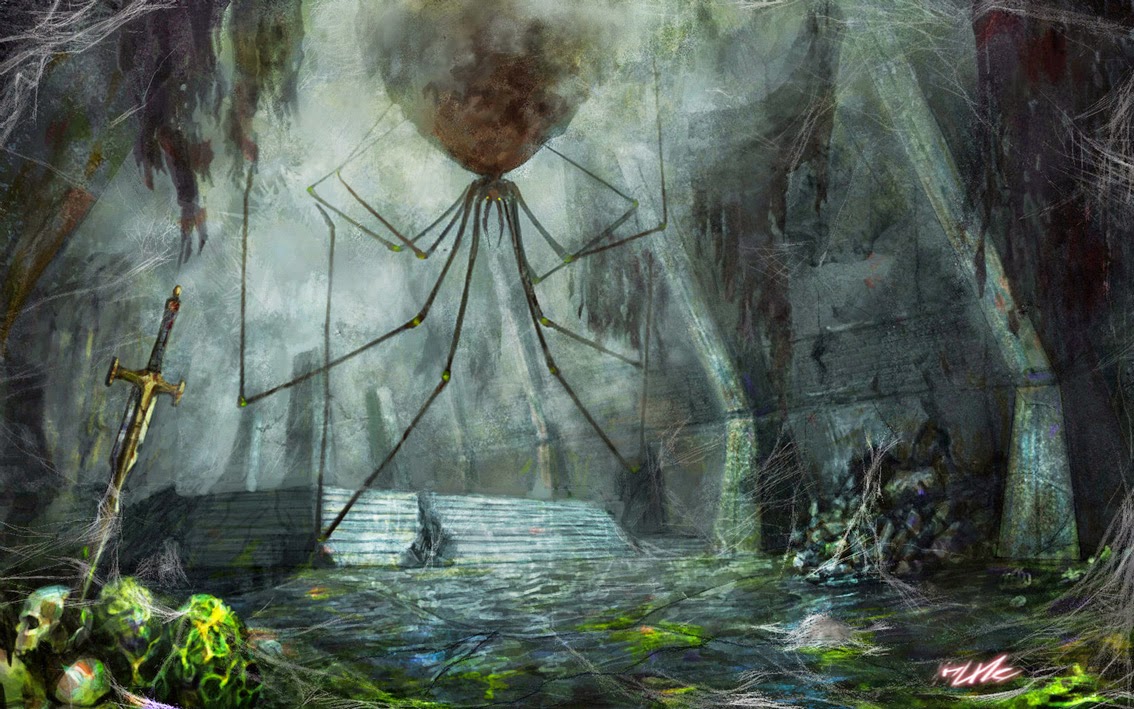 On 23 August 2014 at 10 pm Pacific Time in the USA and on 24 August 2014 at 6 am in the UK, I shall be appearing on Coast To Coast AM's radio show in an hour-long interview, talking about giant spiders of the cryptozoological kind. The interview follows on from my recent, very popular ShukerNature blog post on this same subject (click here), which in turn was excerpted from the extensive chapter devoted to such creatures that appeared in my book Mirabilis: A Carnival of Cryptozoology and Unnatural History (Anomalist Books: New York, 2013), and which is the most comprehensive account of giant crypto-spiders ever compiled and published.

Now, as a foretaste of my upcoming radio interview, here is a further excerpt from that same chapter in Mirabilis – but if you're an averred arachnophobe, this may be a good time to turn away and read something else instead! 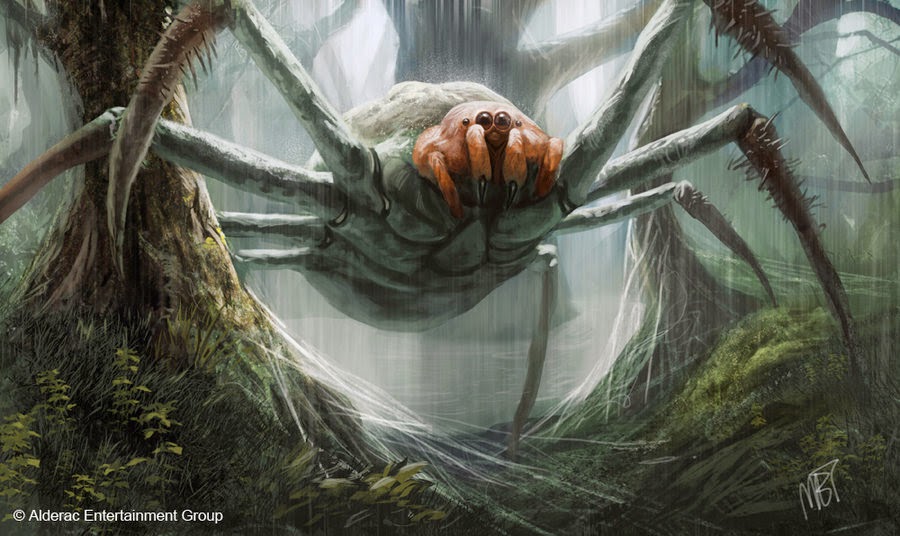 What must surely be the most bizarre of all giant spider reports featured a veritable siren, albeit one with eight legs instead of a fishtail, yet equally as gifted musically (not to mention homicidally) as any of Greek mythology's lethal mermaids.

The earliest documentation of it that I have so far uncovered is a detailed account in the Ann Arbor Argus newspaper for 14 September 1894, which was subsequently reiterated in various other American newspapers. According to this extraordinary journalistic concoction of Grand Guignol and cryptozoology, during late March (and invariably at night) each year for many years, men and women had inexplicably been disappearing in a region of Paris known as the Tomb of Issoire, without any trace of them ever being discovered. One night, however, a policeman in this vicinity happened to hear a strange musical song issuing forth from a hole at the base of a huge rock there, dubbed the Giant's Cave due to the legend that a giant had been buried there long ago.

As the policeman stood listening, he saw a young man approach the hole, seemingly hypnotised by the unearthly strains issuing forth from their hidden subterranean source, and then suddenly the man raced into the hole at full speed. The policeman chased after him, firing his revolver to alert some of his colleagues for back-up as he entered the hole. They soon arrived, by which time the strange music had ceased, its mysterious melody having been replaced by the sounds of a violent struggle. Arming themselves with ropes, ladders, and lamps, the policeman's colleagues swiftly penetrated the chasm into which the hole led, and beheld a terrifying sight.

The young man, dead, was in the grip of a monstrous spider, which according to the newspaper report was:

"...as large as a full grown terrier, covered with wartlike protuberances and bristling with coarse brownish hair. Eight jointed legs, terminated by formidable claws, were buried in the body of the unfortunate victim. The face had already disappeared. Nothing could be seen but the top of the head, and the monster was now engaged in tearing and sucking the blood from his throat."

Several blasts from the policemen's guns soon dispatched this horrific creature, after which they found their colleague lying in a corner, unconscious but unharmed. They then carried the two men and the carcase of the great spider back out through the hole into the Parisian street where this surreal incident had begun.

In an even more bizarre twist to this already exceedingly weird tale, however, the newspaper report ended by claiming that the spider belonged to a species hitherto deemed extinct for centuries, named as Arachne gigans, which supposedly possessed the ability to entice its victims by giving voice to a mesmerising song, and which may be represented by additional live specimens still existing in the deepest galleries of this city's catacombs. But what happened to the slain Issoire mega-spider? According to the report:

"The dead body of the spider was conveyed to the Museum of Natural History, where it was carefully prepared and stuffed and is now on exhibition. – Once a Week."

The museum was presumably France's National Museum of Natural History, in Paris, but it will come as no surprise to discover that the museum has no record of ever even receiving, let alone exhibiting, such a singular specimen. Nor is there any such species as Arachne gigans, living or extinct.

During the late 19th Century and early 20th Century, it was commonplace for newspaper editors to spice up their publications with lurid tales of extraordinary discoveries and events that had no basis in reality. And certainly, there seems very little doubt that the giant singing spider of Issoire only ever existed within the fevered imagination of an editor anxious to fill up some spare column inches inside his newspaper.

Be sure to check out the entire chapter on giant spiders in my book Mirabilis: A Carnival of Cryptozoology and Unnatural History (2013), and I hope that you will be able to listen to my Coast To Coast AM interview on this bloodcurdling subject during the coming weekend. 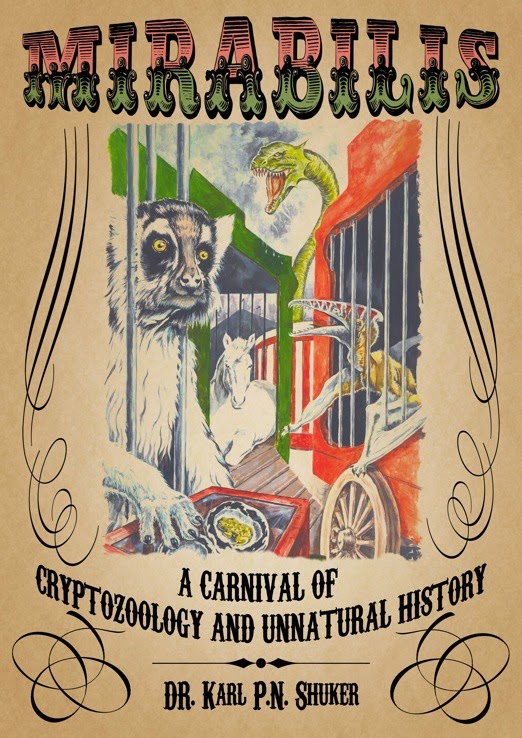