With an area of more than 340,000 square miles, New Guinea is second only to Greenland as the largest island in the world (Australia is bigger than both but is officially deemed an island continent, rather than a mere island). It is divided politically into Irian Jaya or Indonesian New Guinea as its western half (and which itself is divided into two separate Indonesian provinces – Papua, and West Papua, the latter also being called West Irian Jaya) and the independent country of Papua New Guinea (PNG) as its eastern half. 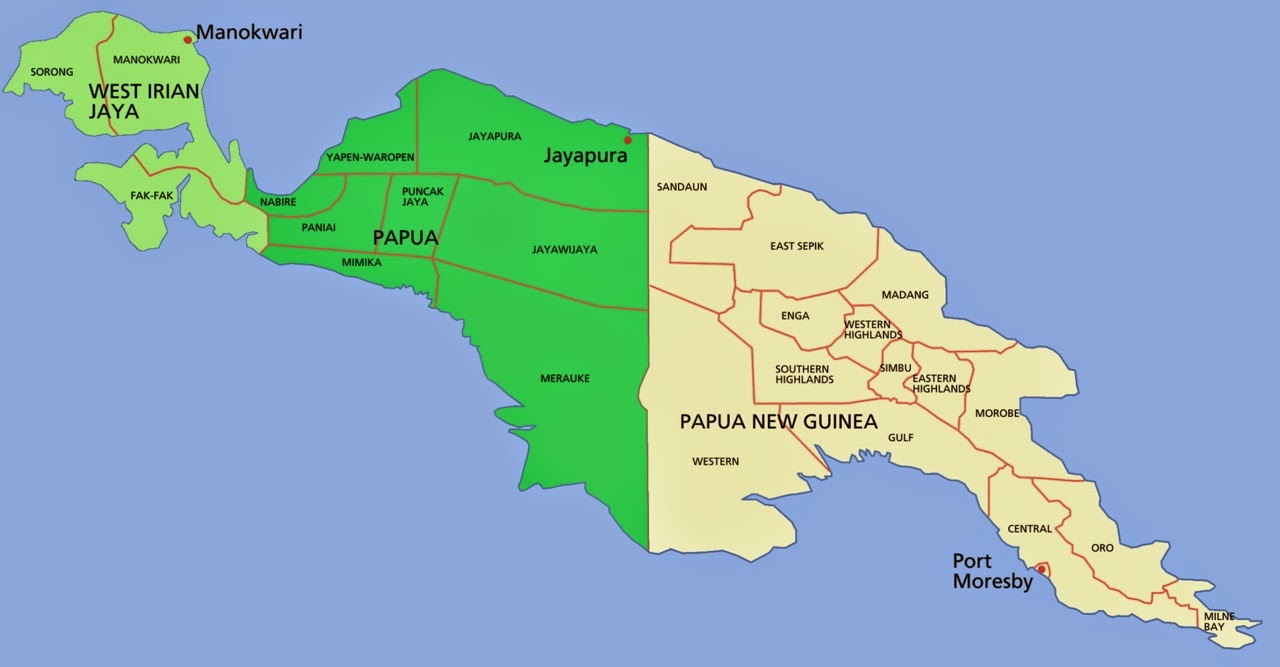 Map of New Guinea, showing its political division between Indonesia and PNG (© Wikipedia)

Throughout this mega-island's length and breadth, however, are dense and often little-explored rainforests where various surprising new species of animal have been revealed in recent years, including a black-and-white panda-like whistling tree kangaroo known as the dingiso Dendrolagus mbaiso (see my book The Encyclopaedia of New and Rediscovered Animals for full details) - and also where several more may still await discovery, judging from reports on file of certain bizarre beasts that cannot be satisfactorily reconciled by science with any species known to exist here. 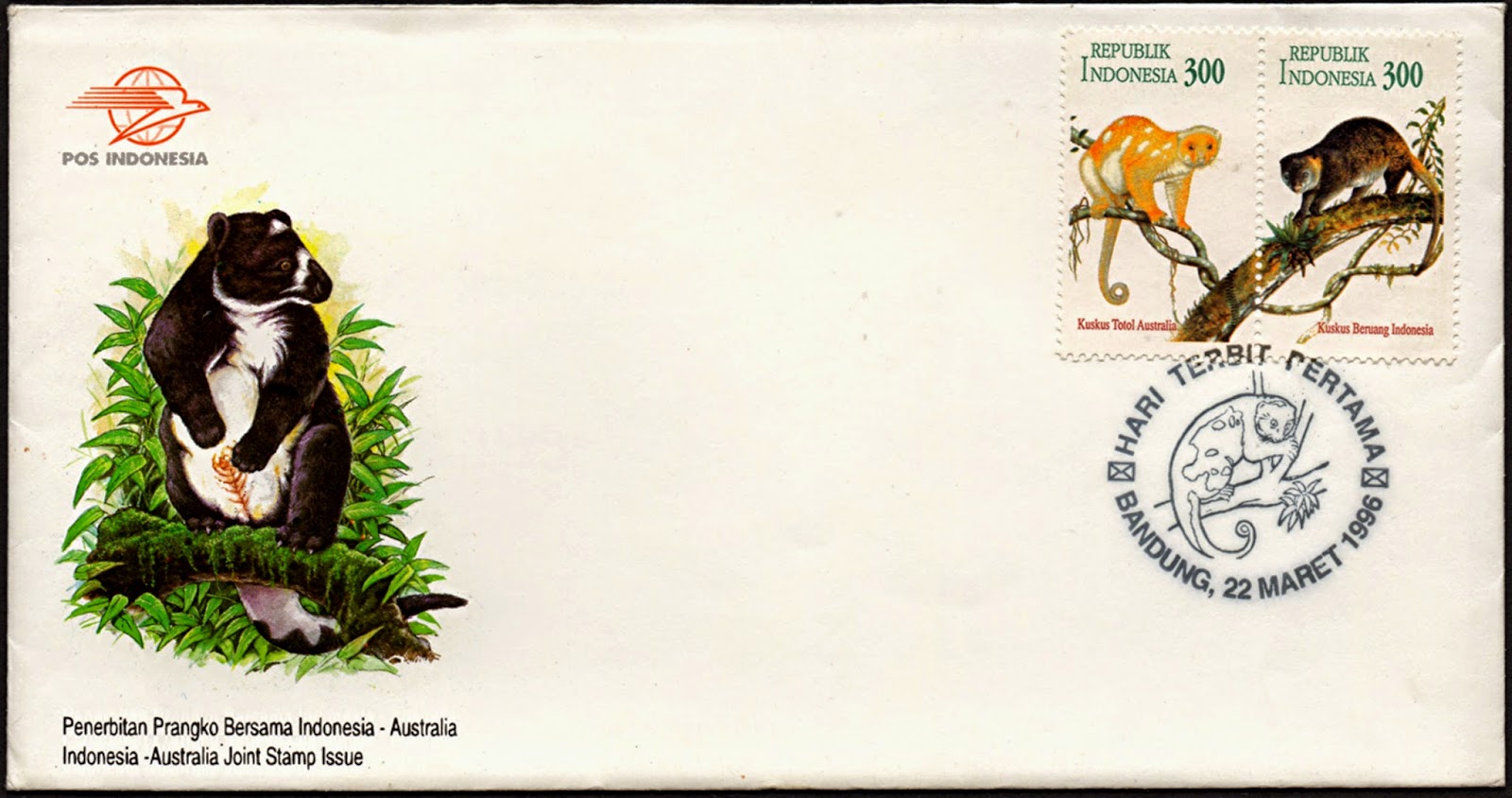 The history of what must surely be among the most intriguing of these varied New Guinea cryptids began in a distinctly prosaic, unromantic manner - the finding of an unexpected pile of dung. In 1875, the eminent English scientific journal Nature carried a couple of letters from Alfred O. Walker concerning the recent discovery by Lieutenant Sidney Smith and Captain Moresby from H.M.S. Basilisk of a startlingly large heap of fresh dung in a forest while surveying on PNG's north coast, between Huon Bay and Cape Basilisk. Indeed, the pile of excrement in question was so big and its overall appearance was such that the men assumed it to have been left by some form of rhinoceros. Yet there is no known species of rhino native to New Guinea.

The mystery deepened via a further Nature letter of 1875, submitted this time by German zoologist Dr Adolf Meyer, who confirmed that the Papuans inhabiting the south coast of the Geelvinks Bay knew of a rare but very large pig-like creature in the area. And in 1906, two such beasts were finally encountered, albeit in a wholly unplanned manner. 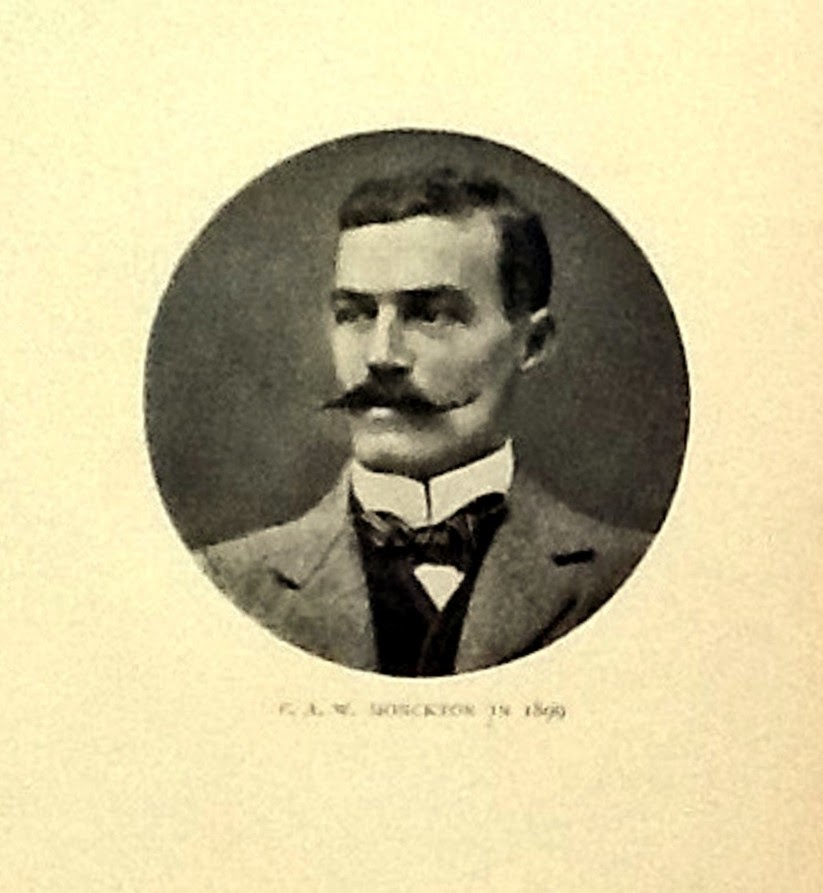 During the spring of that year, explorer Captain Charles A.W. Monckton was leading a major expedition to PNG's Mount Albert Edward. On May 10, two of his team's members, an army private called Ogi and a village constable called Oina, were sent on ahead to investigate a track discovered by the expedition the previous day. Somehow the two men became separated, and while seeking Oina, Ogi came upon two extraordinary creatures grazing nearby.

Although vaguely pig-like, each of these animals was approximately 3.5 ft tall, and 5 ft long, with a very dark, patterned hide, cloven feet, a long snout, and a horse-like (hairy?) tail. Ogi was so frightened by these weird creatures, which he referred to as devil-pigs as he felt sure that they must be demons in porcine guise, that he tried to shoot one, but missed. What happened after that is unclear, because when he was later found by Oina and taken back to camp, Ogi was in a severe state of shock, and unable to recollect anything further. 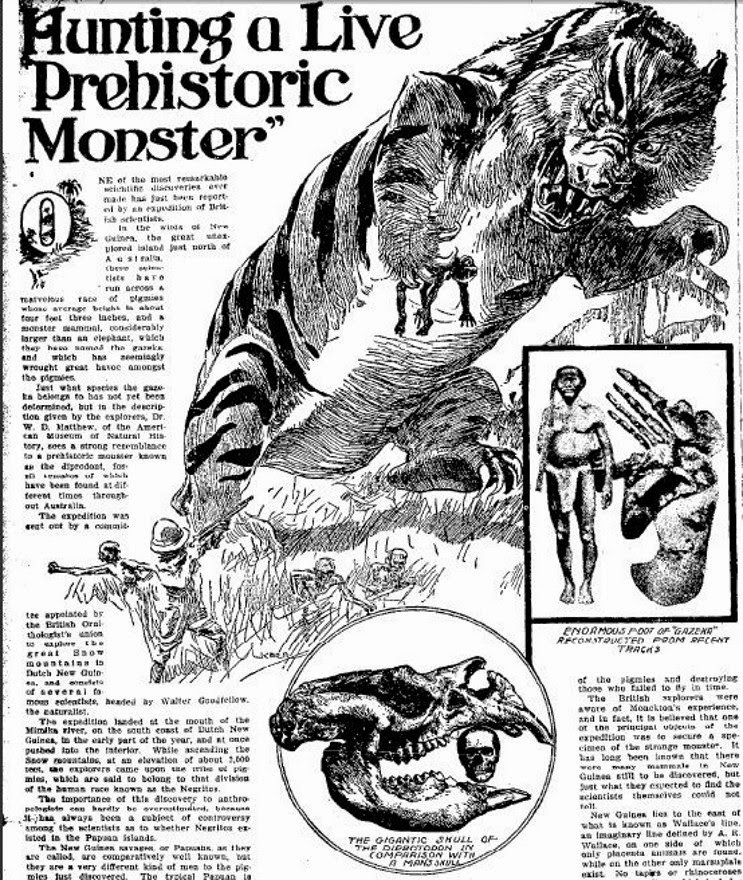 Lurid depiction of the Papuan devil-pig as an implausibly-rapacious, elephant-sized carnivore - from a highly-imaginative report published by the Stevens Point, Wisconsin, Gazette in 1910

Intriguingly, Ogi's testimony gained partial support from expedition leader Captain Monckton himself, because he affirmed that some very large cloven-footed tracks had indeed been found on Mount Albert Edward. And a mysterious, unidentified long-snouted beast had also been sighted during an expedition to Mount Scratchley.

There is even native testimony of such a creature from Irian Jaya, gathered in 1910 by Walter Goodfellow in the vicinity of the Mimiko River during an expedition launched by the British Ornithologists Union, and which was the inspiration for a hilariously over-blown and exceedingly exaggerated account published later that same year in an American newspaper, the Stevens Point, Wisconsin, Gazette. 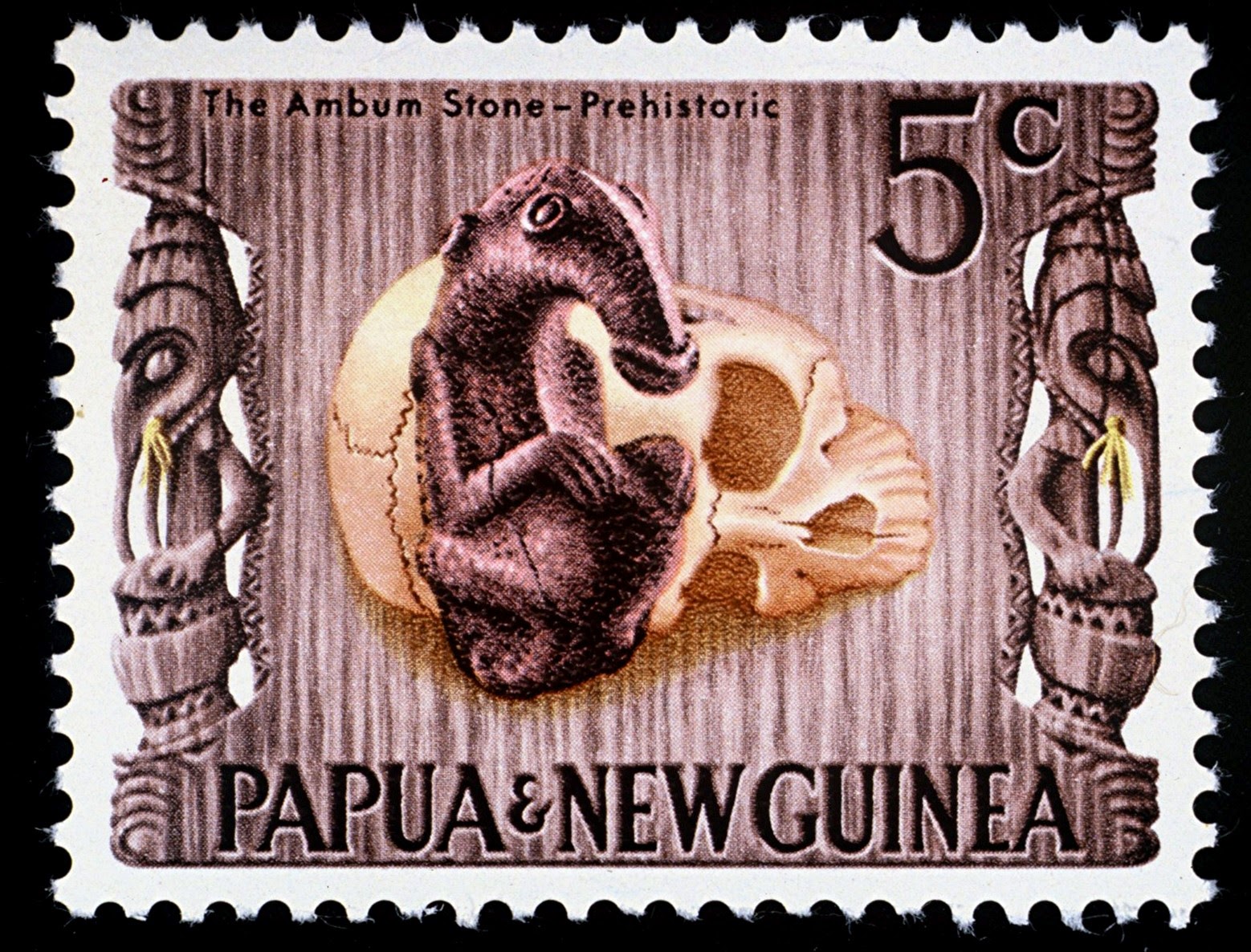 Ambun mystery beast as represented by one of the Ambun stone carvings, and depicted here on a postage stamp issued by Papua New Guinea (NB – the stamp mis-spells 'Ambun' as 'Ambum')

Most tantalising of all, however, is a series of stone carvings collected from 1962 onwards in the Ambun Valley of PNG's highlands-situated Enga Province, and only a few millennia old at most. They depict a very odd-looking mammal with a rotund body, forelimbs and hindlimbs clasping its belly, a well-demarcated neck, narrow head, large eyes and ears, and a notable trunk-like snout curving downwards and bearing a pair of flaring nostrils at its tip.

Traditionally, this animal has been identified as a New Guinea long-beaked echidna (spiny anteater) Zaglossus sp., even though the resemblance is superficial at best, as the carved beast lacks spines and its bulky trunk with well-defined nostrils is very different from the echidna's slender tubicolous beak and ill-defined nostrils. Further discrepancies from the carved beast are the echidna's tiny eyes and ears, globular head, and almost non-existent neck. 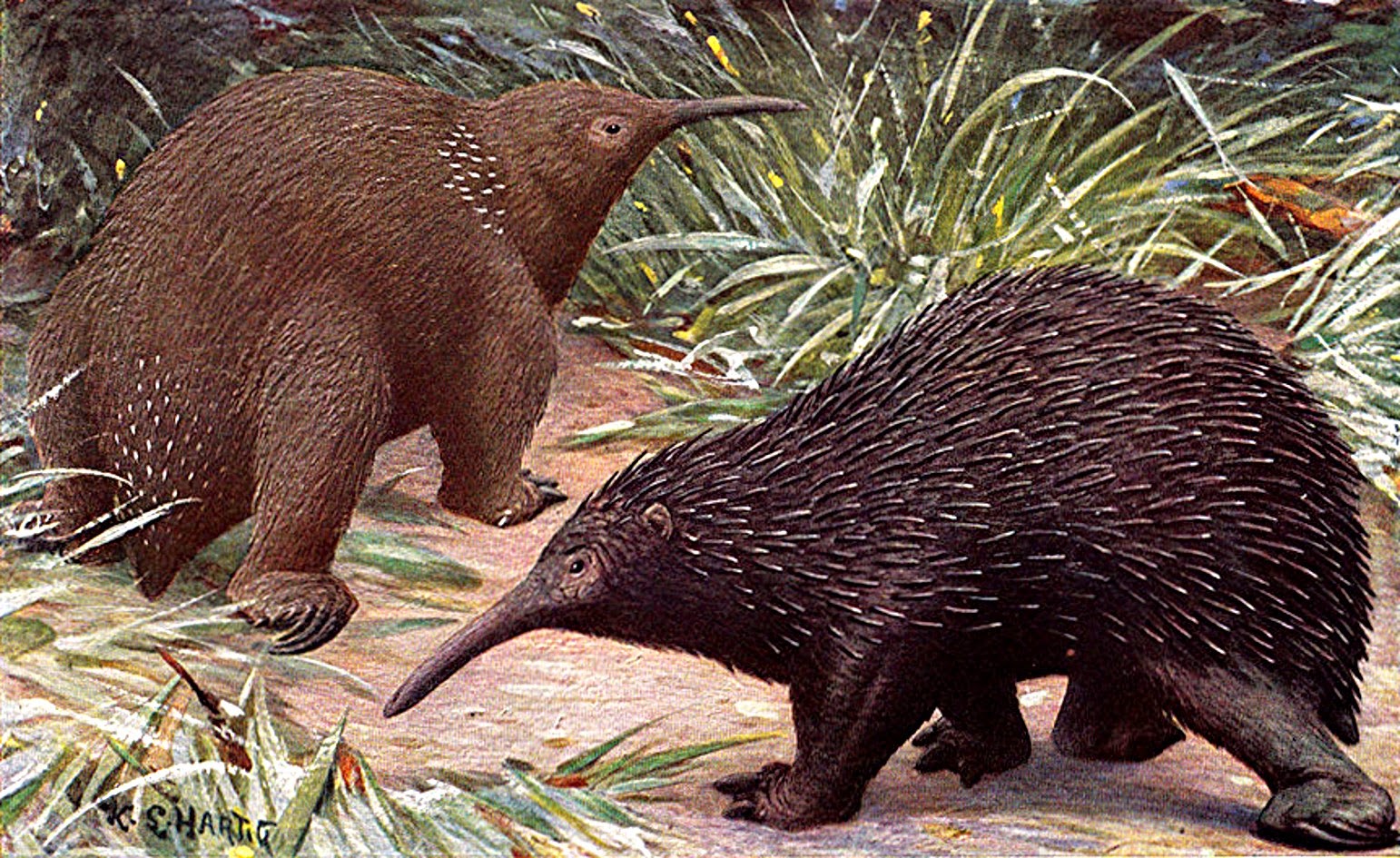 In 1987, however, mammalogist James I. Menzies proposed a much more dramatic, yet morphologically more compatible, identity. He claimed that the Ambun beast was a palorchestid diprotodont - a large and very bizarre-looking herbivorous marsupial, which did indeed have big eyes, a short trunk, well-delineated external ears, and other features displayed by the carvings.

Moreover, palorchestids would have looked very like giant pigs or even tapirs in life, and certainly startling enough if encountered unexpectedly to conjure up notions of pig demons or devil-pigs in the minds of frightened locals. 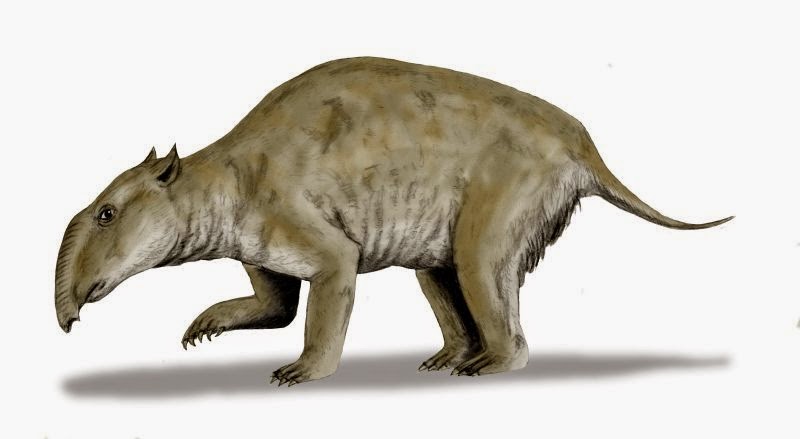 The only problem with this persuasive identity is that palorchestids are known from fossil remains only in Australia (none are presently on record from New Guinea), where they became extinct around 13,000 years ago - or did they?

The resemblance between cryptic devil-pig, palaeontological palorchestid, and carved Ambun beast is sufficiently telling to support the exciting possibility that in New Guinea's near-impenetrable, sparsely-explored jungle heartlands, some of these amazing animals still exist, albeit currently unrepresented by uncovered fossils and rarely seen in the living state, with only their tracks - and the odd dung-heap - to betray their presence. 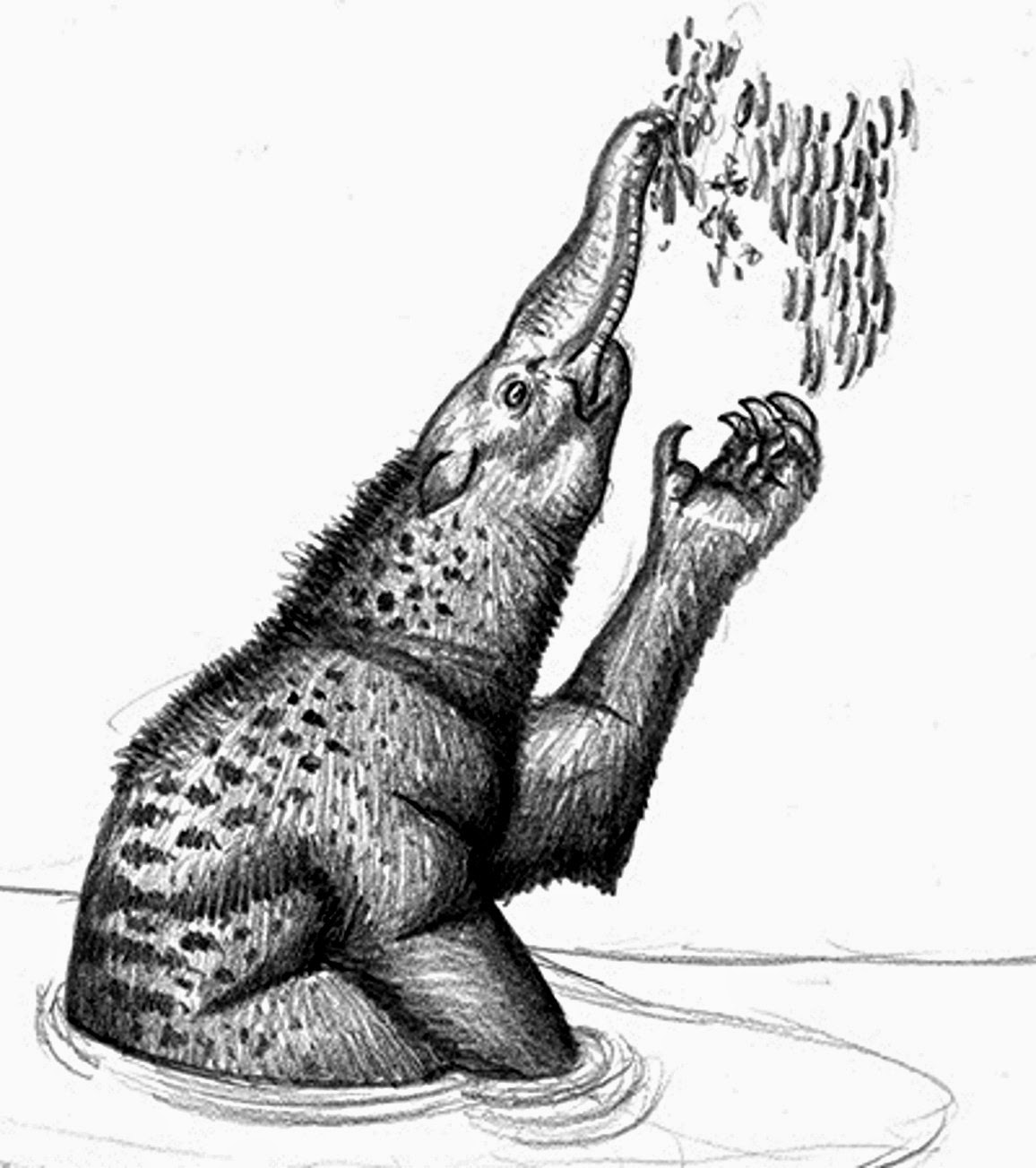 Incidentally, a longstanding source of much confusion and misinformation regarding the Papuan devil-pig is the application to it by person(s) unknown of the nickname 'Monckton's gazeka'. It is often claimed to be a genuine, official name for this cryptid, supposedly applied to it by English-speakers in New Guinea to honour Monckton – in reality, however, it is actually a somewhat sarcastic put-down of the latter explorer. It derives from an entirely fictitious mystery beast called the gazeka, which was created by English comic actor George Graves, who introduced it in the stage musical The Little Michus at Daly's Theatre, London, in 1905. So popular did Graves's creation become during the early 1900s, moreover, that it even inspired competitions to produce the best illustration of what his imaginary beast may look like 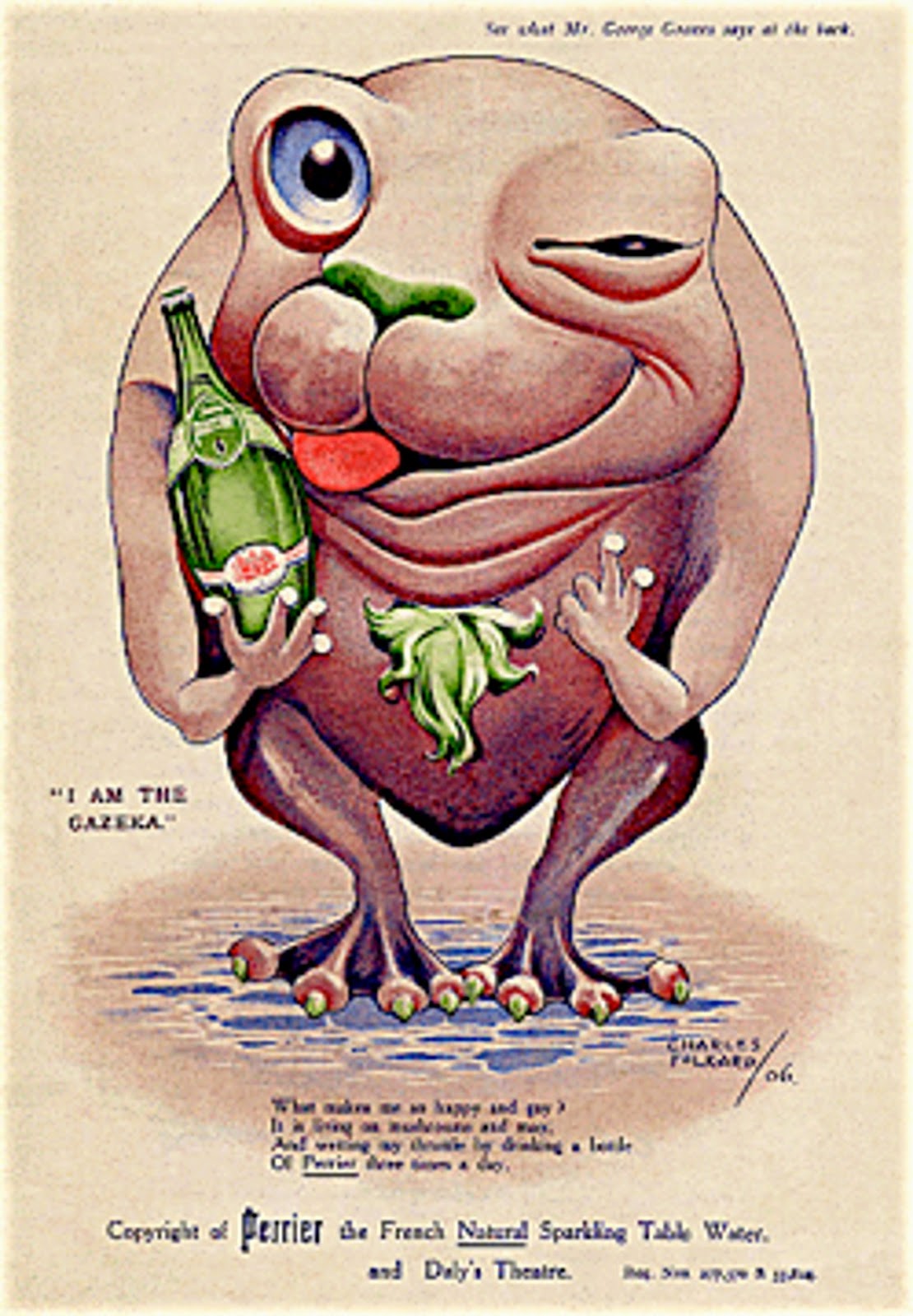 According to Graves, the gazeka had been discovered by an explorer accompanied on his travels by a case of whiskey, and who thought he may have seen it once before, in some form of dream. Clearly, therefore, whoever shortly afterwards dubbed the Papuan devil-pig 'Monckton's gazeka' was utilising Graves's then-famous creature creation to make a sly, topical dig at Monckton's expense, implying that he had dreamt up the devil-pig, possibly while under the influence of alcohol! Further information concerning the Papuan devil-pig can be found in my book In Search of Prehistoric Survivors. 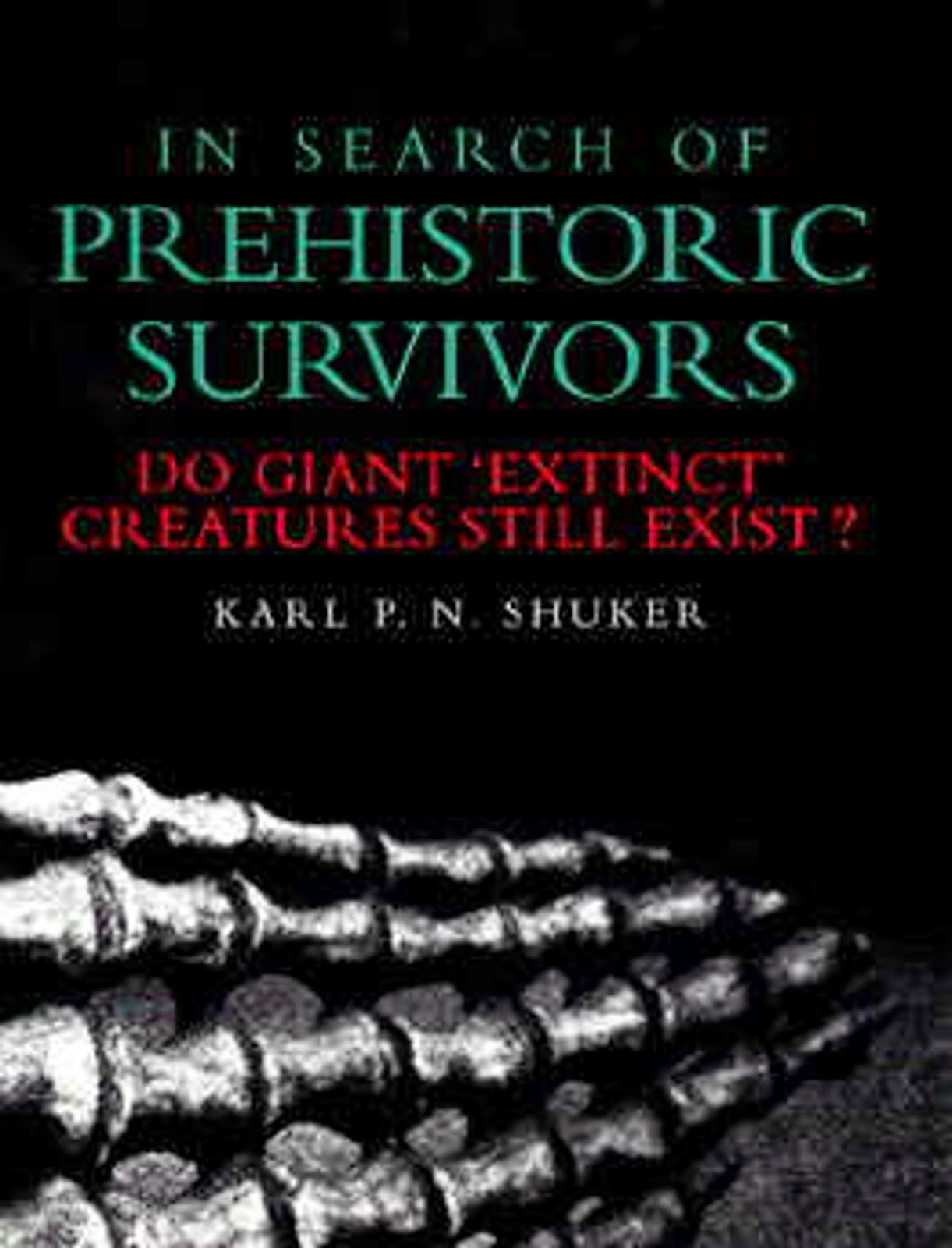