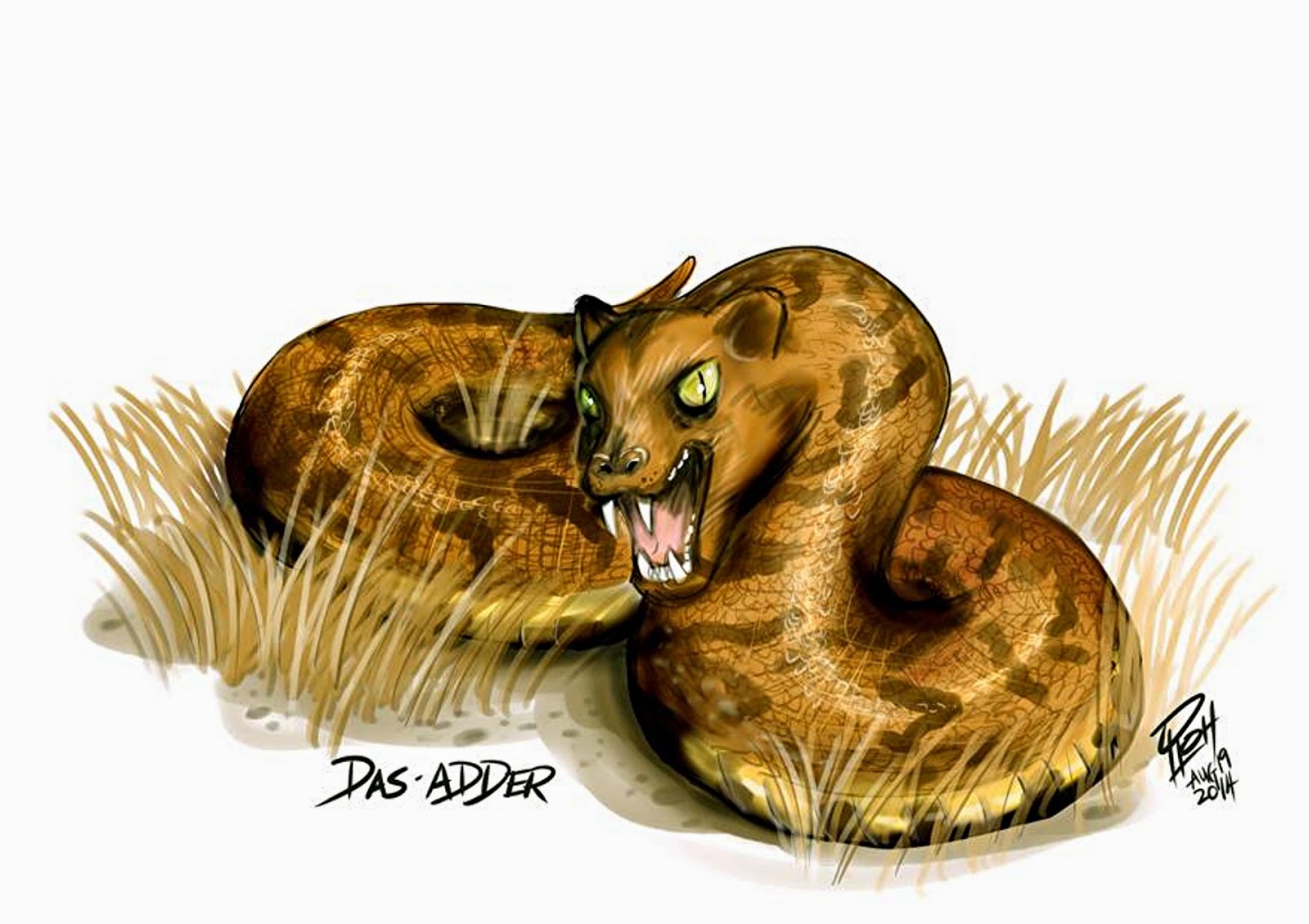 South Africa's Drakensberg Range is supposedly home to a remarkable creature known locally as the das-adder, which has been reported for well over a century here. 'Dassie' is an alternative name for a hyrax – those small, rabbit-like hoofed mammals whose closest living relatives are the elephants. The das-adder derives its name from its head, which allegedly resembles that of a dassie, and its sinuous body, reminiscent of an African puff adder's. Many native people sharing its provenance claim that this curious mystery beast is extremely venomous and even capable of hypnotising its victims with a single stare. 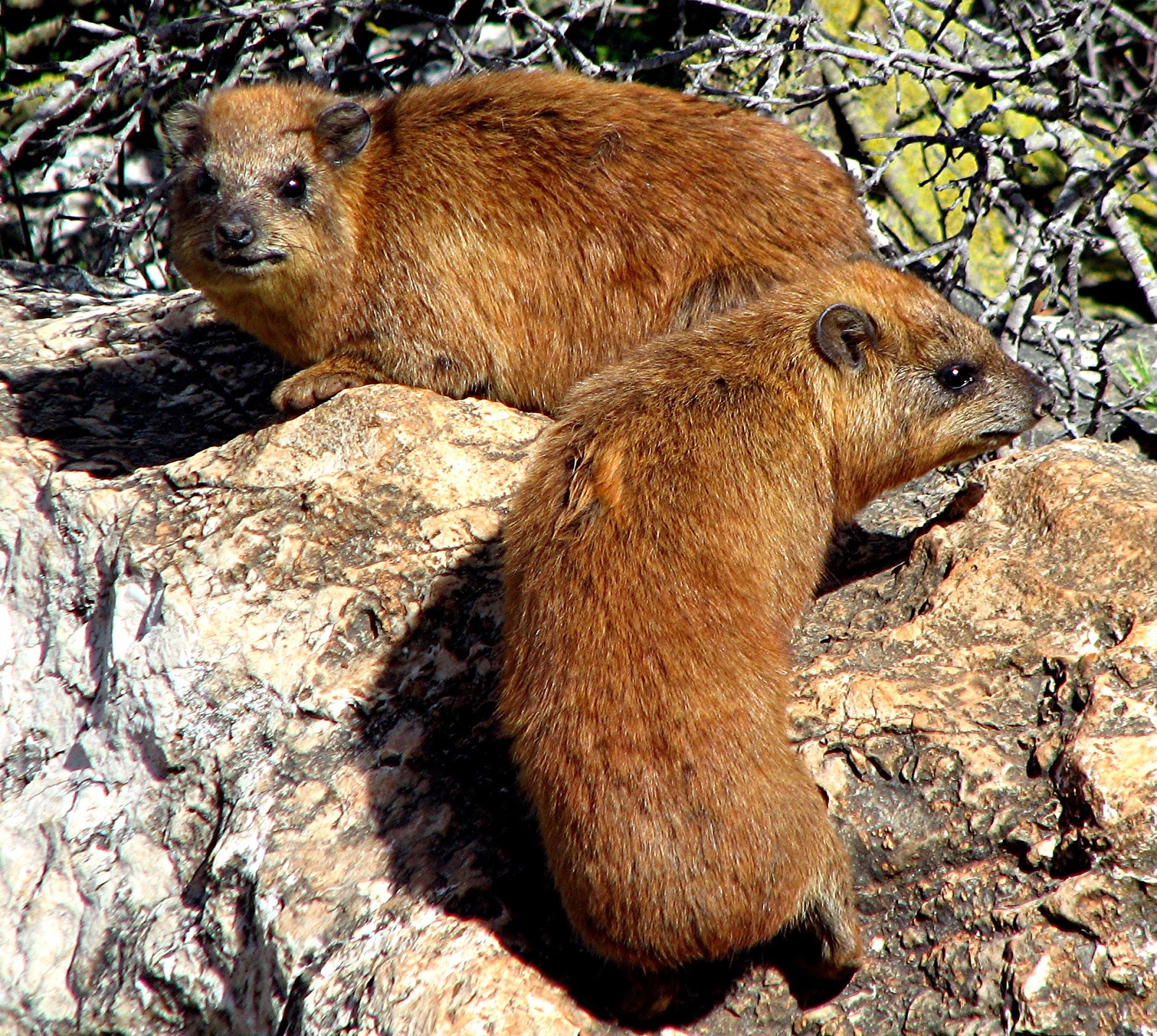 In 1940, W.L. Speight published a lengthy article on African mystery beasts in the journal Empire Review, and included a detailed account of the das-adder. Speight stated that its tail was marked with yellow and red stripes, its external ear openings were folded into a crest, and in the opinion of some authorities this cryptid was not a snake at all, but rather a large lizard, with a 2-ft-long tail. 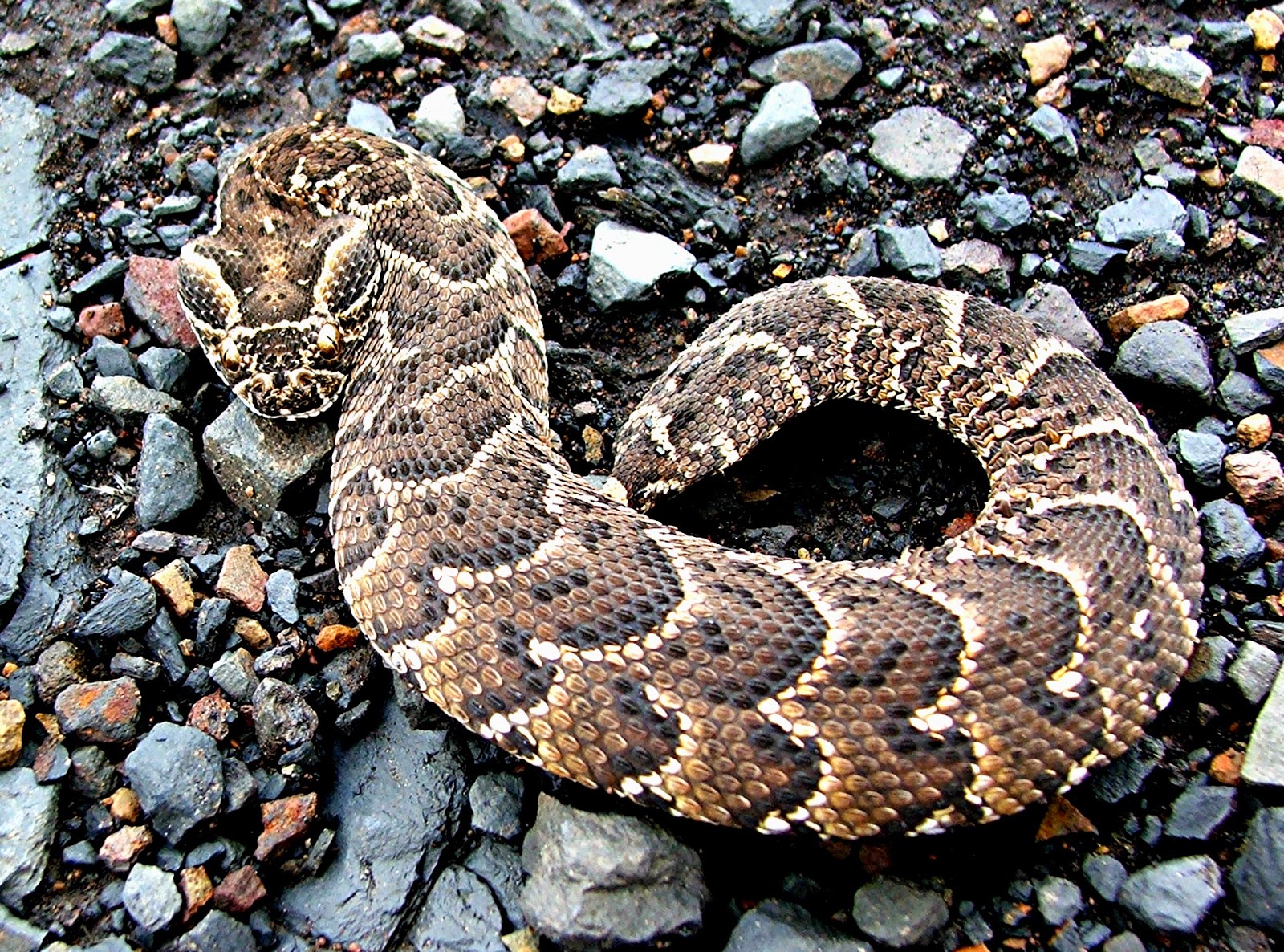 One of those authorities was 19th-Century zoologist Dr Andrew Smith of the Cape Town Museum, who was so intrigued by stories of the das-adder that he even advertised for a specimen to be brought to him for examination, but his advert did not elicit any specimens. In his view, this elusive beast was probably based upon nothing more dramatic than poor observation of the Cape rock monitor Varanus albigularis, slipping half-hidden between rocks and boulders so that its limbs were concealed from view. 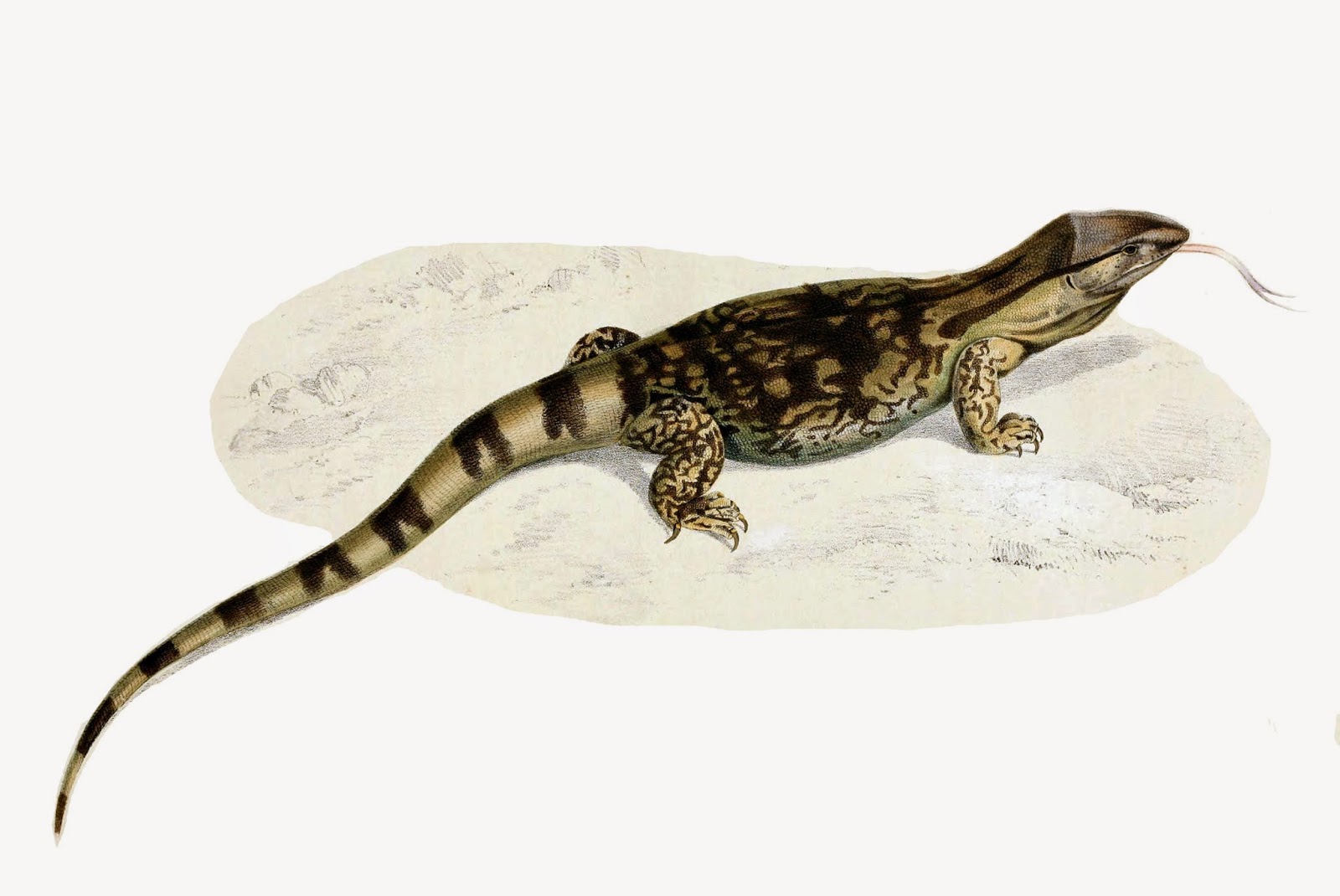 An entertaining idea, but as this varanid does not have a red and yellow tail or a hyrax-comparable head, it leaves rather a lot to be desired as a convincing identity for the das-adder - which, sadly, seems today to have become virtually forgotten, even among cryptozoologists, with its status still unresolved. 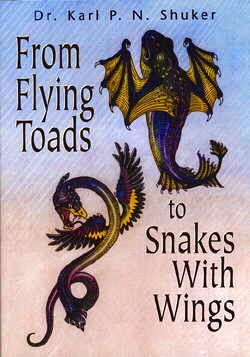