THE BEAST OF BUDERIM - IS AUSTRALIAN CRYPTOZOOLOGY'S STAR IN STRIPES A MAINLAND THYLACINE?

Here is the first article that I ever wrote on the subject of possible thylacine survival on mainland Australia, which was published in the May 1996 issue of the now long-defunct British magazine Wild About Animals, but has never been reprinted anywhere since then – until now, in this ShukerNature exclusive:

During the mid-1990s, the Internet was awash with fascinating reports concerning the Beast of Buderim - an unidentified creature reported from Buderim (a mountainous Sunshine Coast region) in Queensland, mainland Australia, which bears an uncanny resemblance to an animal that supposedly died out here more than 2000 years ago. 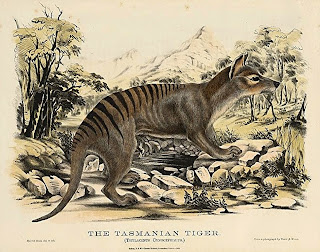 Thylacine illustration from Gerald Krefft's The Mammals of Australia (1871)

Take, for example, the sighting made in March 1995 by Buderim dentist Dr Lance Mesh, who spied a mysterious creature on the fringe of an expanse of rainforest while driving near his home. According to his description, it was: "...goldy, brindly in colour, had a doggish shape and a prominent bump on its head above its eyes". Its most striking feature, however, were the black stripes across its back - "I could not take my eyes off them", said Mesh. 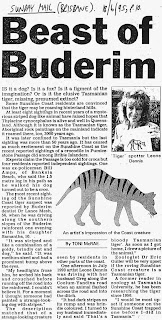 One of several Beast of Buderim articles from Brisbane's Sunday Mail newspaper (click it to enlarge it for reading) (© Sunday Mail, Brisbane)

On 8 August, a much more dramatic incident took place, featuring a very similar animal but this time in the vicinity of Bundaberg. Roy Swaby was driving along the main road when suddenly a full-grown male grey kangaroo bounded in front of his vehicle, forcing him to brake heavily in order to avoid hitting it. The kangaroo was evidently fleeing in terror from something - and a few moments later, Swaby discovered what it was:

"This incredible sandy-coloured striped animal leapt out from the side of the road a full fifteen feet and into the glare of my 100-watt halogen spots and four headlights. It stopped on the road, turned to look at me and fell back on to its huge hindquarters, its large green-yellow eyes glowing in the light, and then it opened its jaws and snarled at me. I have never seen anything like it. The white teeth were large and the jaws like a crocodile, like a mantrap. It took two steps and then suddenly crouched and sprang again, 15-20 feet, this time into the scrub...The animal was 4-5 feet long and its huge tail was another 2-3 feet. The stripes started halfway down its back. I thought it was like someone had cut a dingo in half and a 'roo in half and joined them together...On the Thursday following [i.e. 10 August] I went to Bundaberg to try to check in the library what it was I'd seen and I found a lithograph of a Tasmanian tiger. There is absolutely no doubt that is what I saw." 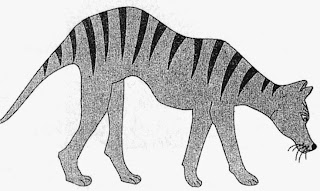 Artist's impression of the Beast of Buderim (© Sunday Mail, Brisbane)

Just like 'zebra wolf' and 'Tasmanian wolf', 'Tasmanian tiger' is one of several colloquial names for Australia's most spectacular species of carnivorous marsupial - Thylacinus cynocephalus, the thylacine - which makes it all the more tragic that this remarkable creature is 'officially' extinct. Closely resembling a golden-brown wolf or large dog, but patterned across the rear portion of its back and tail with black stripes, on mainland Australia the thylacine suffered greatly from competition with the dingo, introduced by man, and is believed to have died out here over two millennia ago. On Tasmania, however, it survived until as recently as 1936, when the last fully-confirmed specimen died in Hobart Zoo.

Nevertheless, numerous reports describing thylacine-like beasts have come from Tasmania since then, and it does seem possible that a small population may have survived among some of this island's wilder, less-explored regions. On the mainland, conversely, such survival would seem far less plausible - were it not for such impressive reports as those given here, and many others like them. What makes them so convincing is that their descriptions contain tell-tale thylacine features that readily discount normal dogs as likely identities. 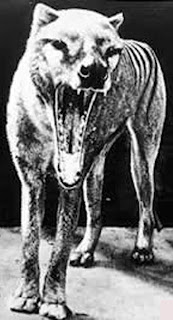 Although, in evolutionary terms, the thylacine is the marsupials' answer to the wolf, its ancestry is totally separate from that of true wolves and dogs. Hence it exhibits several significant differences. Most noticeable of these are its stripes, and also its jaws. Thylacines could open their mouths to a much wider extent than wolves, yielding an incredible 120° gape - which would certainly explain's Swaby's comparison of his mystery beast's jaws with those of a crocodile. Equally unexpected was the thylacine's ability to hop on its hind legs like a kangaroo - but corresponding perfectly with Swaby's description of his beast as half-dingo, half-kangaroo. Another thylacine idiosyncrasy was a bump above its eyes - matching the account given by Dr Mesh. Also its long tail was very stiff, far less flexible than a wolf's - and several reports of thylacine-like beasts specifically refer to a stiff, rod-like tail. 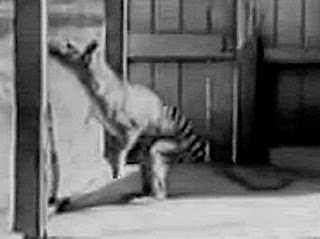 Time and again, Queensland and other mainland eyewitnesses have selected the thylacine as the species most similar in appearance and behaviour to the striped canine mystery beasts that they have seen - but there is an intriguing twist to this tale of would-be resurrection. The aboriginal people have their own native names for all of Australia's known modern-day animals - but they do not appear to have any for the thylacine lookalikes. Yet if these really were native mainland thylacines, surely they would have their own aboriginal names?

There is, however, one further idea to consider in relation to this apparent anomaly. Perhaps they are genuine thylacines, but not native mainland specimens. When still common in Tasmania, thylacines were imported onto the mainland as exhibits and even as exotic pets. Did some of these escape and establish populations in the wild here? If so, this could uniquely explain not only the current spate of claimed thylacine sightings but also the lack of any native Aboriginal name for them. 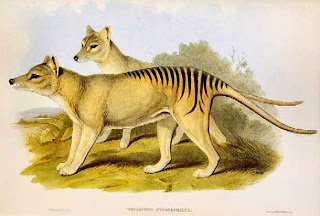 Since writing the above article, I have uncovered one possible mainland aboriginal name (albeit not originating from Queensland) for the thylacine, which I have documented as follows in my book Dr Shuker's Casebook (2008):

Another dog of the Dreamtime is the marrukurii, which, according to aboriginal traditions prevalent in the vicinity of South Australia's Lake Callabonna, resembled a dog in outline, but was brindled with many stripes. They were believed to be dangerous, especially to human children, carrying away any that they could find to their own special camp at night, where they would savagely devour them. When questioned, the native Australians denied that the marrukurii were either domestic dogs or dingoes. Is it possible, therefore, particularly in view of their brindled appearance, that these Dreamtime beasts were actually based upon memories of the striped Tasmanian wolf or thylacine Thylacinus cynocephalus? After all, this famous dog-like marsupial did not die out on the Australian mainland until about 2300 years ago.

Name considerations aside, however, is the Beast of Buderim still being reported today? If so, I'd greatly welcome any information that ShukerNature readers can post here – thanks! 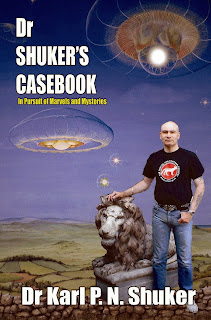