'THE GREAT MYSTERY ATLAS' - THE BOOK THAT GOT AWAY 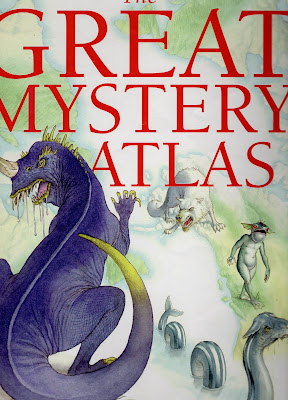 I have been very fortunate during more than 20 years as a full-time author in that virtually every book that I have personally submitted for publication or have been involved with in some capacity has duly appeared in print. During the mid-1990s, however, there was one notable exception to this successful trend.

It was provisionally entitled The Great Mystery Atlas: A Pictorial Guide to Mysterious Creatures and Places. I had been contracted by a leading British publisher (whose identity for reasons of professional confidentiality and courtesy I shall not disclose here) to write the text for it, and an artist, Stephen Player, had been contracted to prepare its illustrations. With a very significant cryptozoological and zoomythological content, this large-format, full-colour book, aimed at older children and early teenagers, promised to be a noteworthy addition to the literature as well as a good seller. 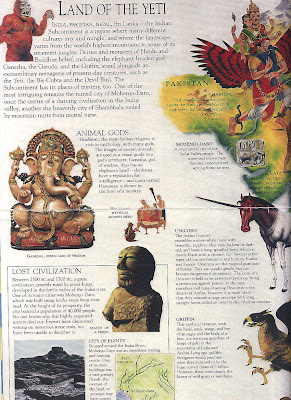 Left-hand page of the 'Land of the Yeti' spread

Hence I lost no time in writing its complete text, which was greeted with great enthusiasm when received and read by the editors, and for which, happily, I was paid in full very shortly afterwards. 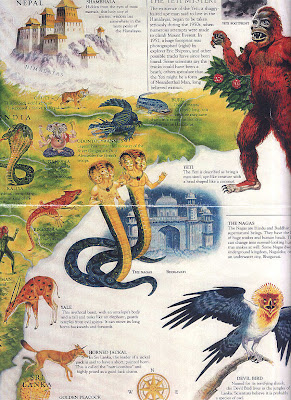 Right-hand page of the 'Land of the Yeti' spread

Unfortunately, however, certain aspects of the book's production that were completely unrelated to my contribution experienced some apparently intractable problems, as a result of which the entire project was shelved, and then subsequently cancelled. Having already seen and approved the first two double-page spreads for it as well as a draft version of its front cover by then, I was very disappointed by its cancellation, because their sumptuous appearance suggested that the complete book would have been truly spectacular. 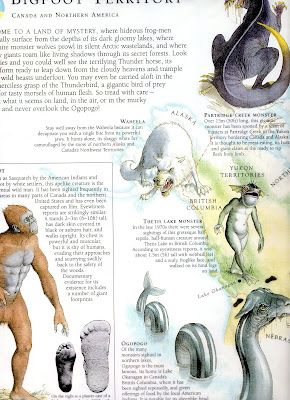 Sadly, though, it was not to be, and today all that I have to show for what might have been are those spreads and the cover. So now, as a ShukerNature exclusive, here they are – from the book that got away. 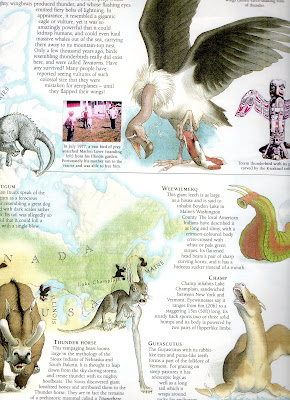 NB: because the spreads' pages and the cover were bigger than A4-size, whereas I only have an A4-size plate on my scanner, I have been unable to scan them in their entirety – some text and images around their edges have been cut off during the scanning procedure.

All illustrations included here (of the spreads and cover) are jointly copyrighted to the publisher, Stephen Player, and myself.
Posted by Dr Karl Shuker at 23:19