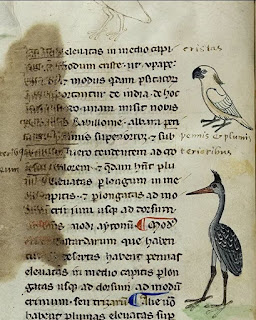 It's been a while since ShukerNature featured a Picture of the Day, but the one presented above is greatly deserving of that accolade, and here's why.

History scholars have long known that sometime between 1217 and 1238 AD, al-Malik Muhammad al-Kamil, the fourth Ayyubid sultan of Egypt, gave as a gift to the Holy Roman Emperor Frederick II of Sicily a mysterious white parrot. However, the taxonomic identity of this latter bird had always remained controversial – until June 2018. 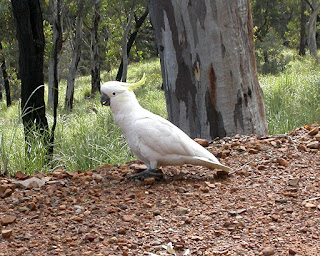 These sketches conclusively identified it as a female of either the sulphur-crested cockatoo Cacatua galerita or the very similar lesser sulphur-crested (aka yellow-crested) cockatoo C. sulphurea - it was painted with red flecks in its eyes, like females of these species, whereas males have black eyes. Moreover, some specimens, particularly females, have much paler crests than others – not all have the striking golden-shaded crest that characterises their species.

Split into several geographically-discrete subspecies, Cacatua galerita is native to northern Australia, New Guinea, and certain Indonesian islands. Also split into several subspecies, C. sulphurea is native to Timor, Sulawesi, and the Lesser Sundas. Consequently, not only do these images constitute the earliest-known European depictions of a cockatoo, pre-dating by 250 years the previous holder of this record (an altarpiece artwork by Italian painter Andrea Mantegna dating from 1496 and entitled 'Madonna della Vittoria'), but also they provide proof of merchant trading between northwestern Australasia and the Middle East (as commented upon further by Dr Dalton in a June 2018 article published by Pursuit, a Melbourne University periodical), from whence exotic items would in turn be imported into Europe.

Frederick II's falconry book is housed in the Vatican Library. 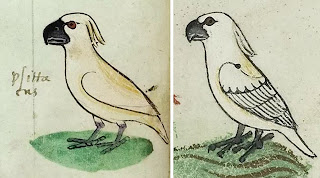