IN PURSUIT OF THE PATAGONIAN PLESIOSAUR 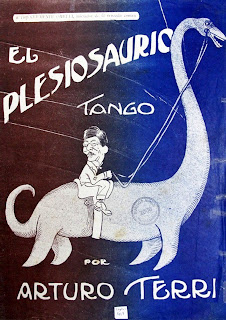 Several lake-dwelling cryptids of the long-necked persuasion have been reported from South America down through the years. However, the most publicised of these freshwater mystery beasts was unquestionably the so-called Patagonian plesiosaur, which at the height of its fame even received coverage in the august journal Scientific American.

In January 1922, Dr Clemente Onelli, Director of Buenos Aires Zoo in Argentina, received a letter from a Texan adventurer called Martin Sheffield, who had spent a number of years as an itinerant prospector living off the land in Patagonia. In his letter, Sheffield claimed that some nights previously, after pitching his hunting camp close to a mountain lake near Esquel, he had encountered a strange animal:

...in the middle of the lake, I saw the head of an animal. At first sight it was like some unknown species of swan, but swirls in the water made me think its body must resemble a crocodile's. 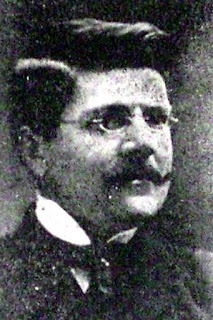 Not surprisingly, Sheffield's description conjured up images of plesiosaurs in Onelli's mind, and also reminded him of a somewhat earlier report. In 1897, he had spoken to a farmer living on the shores of Patagonia's White Lake, who informed him that a strange noise was frequently heard there at night, resembling the sound that a cart would make if dragged over the lake's pebbly shore - but that was not all. On moonlight nights, a huge beast could be seen in the lake, with a long reptilian neck that would rise high above the water, unless disturbed - whereupon it would instantly dive and disappear into the depths.

Heartened by these and other reports, Onelli organised an expedition to follow them up, which duly set forth on 23 March 1922, led by José Cihagi, superintendent of Buenos Aires Zoo. It eventually reached the lake where Sheffield had experienced his sighting (and which is known accordingly today as Laguna del Plesiosaurio – 'Lagoon of the Plesiosaur'), but with the approach of winter further explorations were abandoned and the expedition returned to Buenos Aires. 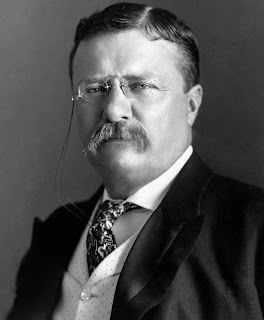 Interestingly, Sheffield had also previously contacted former American president Theodore Roosevelt concerning the swan-necked beast that he had seen in the mountain lake. As a result of this, Roosevelt, who was famed for his hunting skills, had apparently pondered over whether to launch a search for it himself, but he never actually did so, and he died in 1919, three years before Onelli's expedition set out.

And so it was that apart from a jaunty tango entitled El Plesiosaurio (composed in 1922 by Rafael D'Agostino, with lyrics by Amilcar Morbidelli, and sheet music depicting on its cover a caricature of Onelli riding a plesiosaur) plus a brand of cigarettes also named after it, nothing else of note emerged regarding the putative plesiosaur of Patagonia for many years - until the 1980s. Since then, however, numerous reports have been aired by the media concerning a similar water beast, nicknamed Nahuelito, which is said to inhabit Nahuel Huapi, a 204-square-mile Argentinian lake ensconced amid the Andes winter-sport resort of Bariloche. 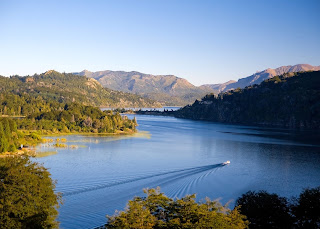 Auyan-tepui is a lofty tepui (table mountain) in Venezuela, one of the inspirations for Sir Arthur Conan Doyle's classic cryptozoological novel The Lost World – an exciting work of fiction in which the plateau at the summit of one such tepui is populated by dinosaurs, pterosaurs, plesiosaurs, and other prehistoric survivors.

In 1955, however, during an expedition to Auyan-tepui, naturalist Alexander Laime allegedly sighted some creatures that gave the more optimistic zoologists reason for believing that the theme of Conan Doyle's novel may not be wholly fictitious after all. 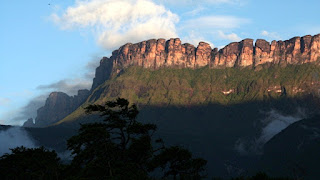 As documented in my book Still In Search Of Prehistoric Survivors (2016), Laime had been searching for diamonds in one of the rivers at the summit of this isolated tepui when he spied three very strange beasts sunbathing on a rocky ledge above the water. Superficially seal-like, closer observation revealed that they had reptilian faces with disproportionately long necks, and two pairs of scaly flippers. Drawings that he made of them at that time are reminiscent of plesiosaurs. There is, however, one very unexpected feature - none of them was more than 3 ft long.

Could they have been young specimens? Laime believed that they were adults, but belonging to some pygmy species of plesiosaur, whose small size has enabled it to persist into the present day without disturbing the ecological balance of this enclosed system. More conservative opinions favour some long-necked type of otter as a more plausible identity, whereas others have even likened them to a crocodile. 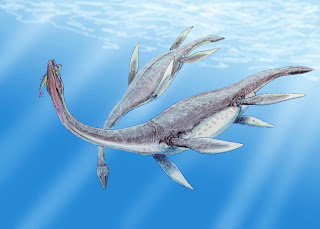 In 1990, Auyan-tepui played host to an expedition led by biologist Fabian Michelangeli and including scientific reporter Uwe George, for whom this was his sixth exploration of a South American tepui. During their visit, Michelangeli and his brother Armando spied a silhouette of a beast closely resembling those reported by Laime, but as they drew nearer to investigate, the beast plunged into the river and disappeared from view. As for various German TV reports claiming that one had actually been captured, these were inspired by the procurement of nothing more spectacular than a common species of lizard.

So for now, at least, we have only the distant refrain of a long-forgotten tango to remind us of how a US President had almost set forth in South America to seek a putative prehistoric survivor. 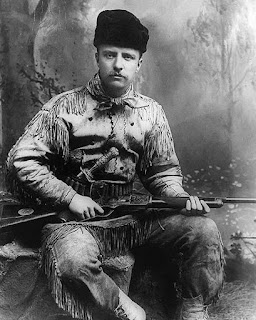