INTRODUCING THE KISUALA - MISSING IN MADAGASCAR? 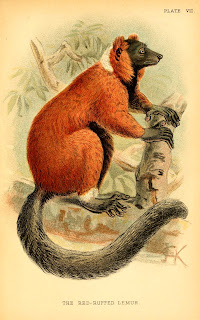 Exquisite illustration of the red ruffed lemur Varecia rubra, in A Hand-Book to the Primates, Plate VII, 1894 (public domain)

Despite being officially deemed to have become extinct several centuries ago at the very least, the possibility that some of Madagascar's giant lemurs persisted into modern times and may still be doing so today has always fascinated me, ever since as a teenager back in the early 1970s I first read the famous chapter devoted to this island mini-continent's mystery beasts in Dr Bernard Heuvelmans's classic cryptozoology book On the Track of Unknown Animals. The most celebrated Madagascan cryptids that may be late-surviving giant lemurs include the tratratratra, kidoky, tokandia, habéby, mangarsahoc, kalanoro, and kotoko (see my book Mirabilis for extensive coverage). 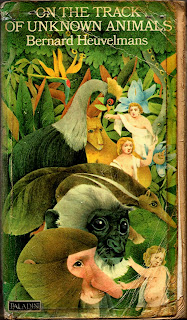 My much-read, greatly-treasured, massively-influential copy of the 1972 abridged Paladin Books paperback edition of On the Track of Unknown Animals (© Dr Karl Shuker/Paladin)

On 5 November 2018, however, the American TV documentary channel Animal Planet posted on YouTube a video in which wildlife adventurer Forrest Galante was seeking a mystery lemur that I had never seen documented anywhere before (click here to access the video). 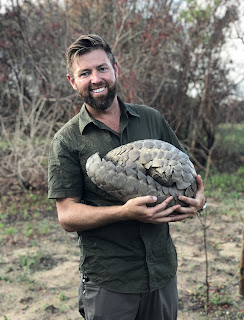 The locals describe it as a giant red lemur, and refer to it as the kisuala. In the video's description, the question is posed as to whether this cryptid may be a surviving species of Pachylemur - a two-species genus of extinct giant lemur that may have survived until at least as recently as 500 years ago. 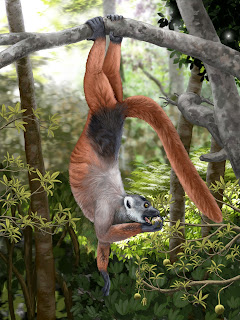 They are known colloquially as giant ruffed lemurs, because they were most closely related to the somewhat smaller but still-living Varecia ruffed lemurs. One of these, the red ruffed lemur Varecia rubra, does indeed have predominantly – and very prominently – red fur, 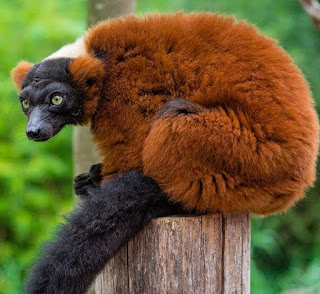 I don't think that I'm including a spoiler for viewers about to watch the video by saying that Forrest's search for the kisuala was unsuccessful – after all, had it been successful it would have made major headlines worldwide. However, it is always exciting to publicise a cryptid not previously documented within the cryptozoological literature, and we can but hope that future searches for this intriguing animal will be made. 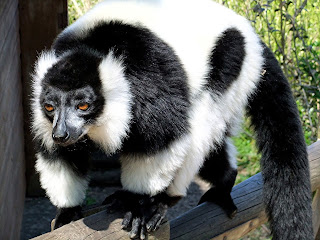 The black-and-white ruffed lemur V. variegata, closely related to V. rubra – indeed, until 2001 they were treated merely as subspecies of a single species of ruffed lemur, but they exhibit sufficient genetic differences to warrant being elevated to full species in their own right (© Dr Karl Shuker)